Vertical Adventures Slovenia is a mountain guiding company and an educational platform focused on the mountain environment. It provides highly qualified guides as well as workshops and courses that will equip you with the knowledge to reach your mountain goals safely - from beginner to expert. 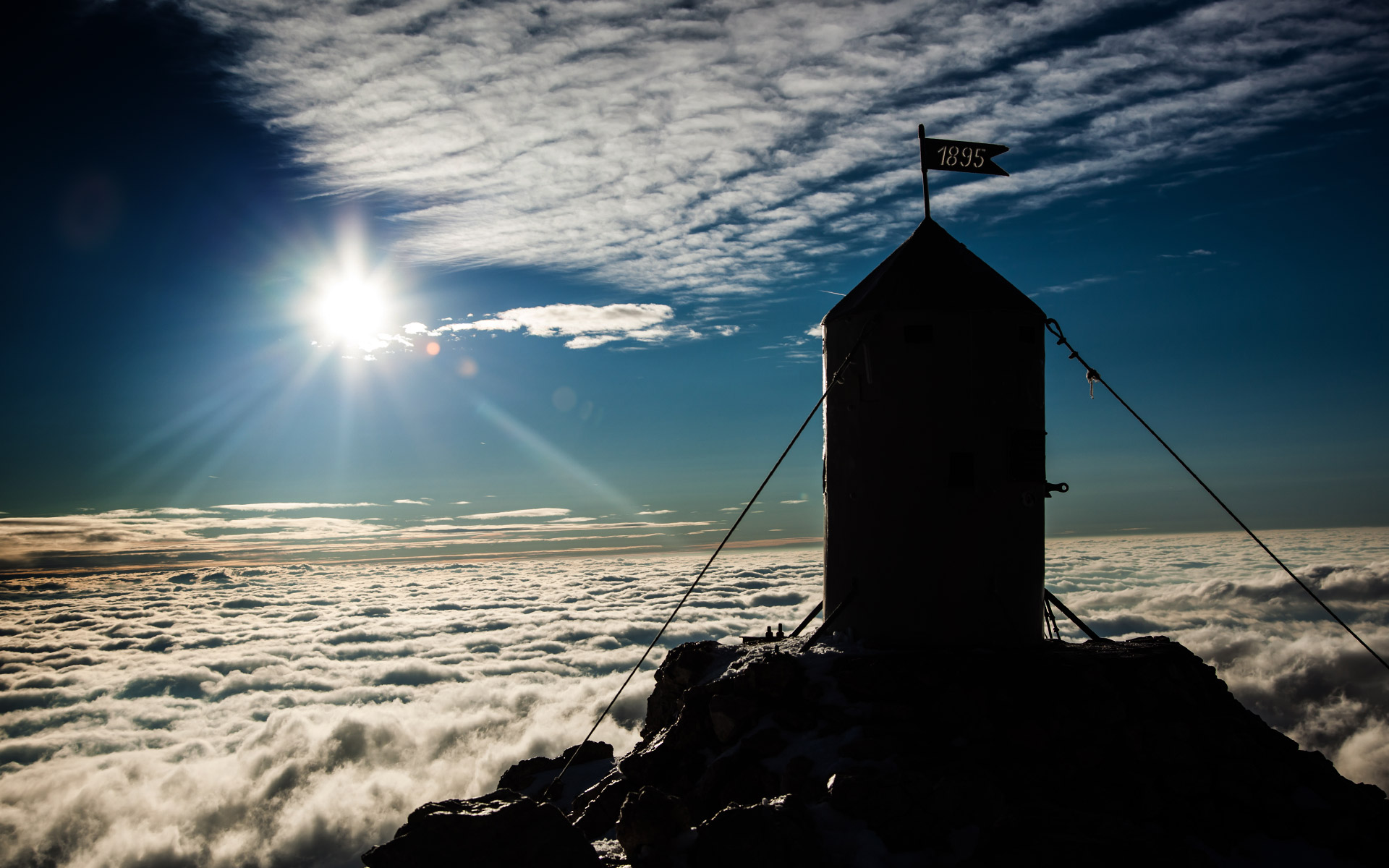 The highest peak of Julian Alps 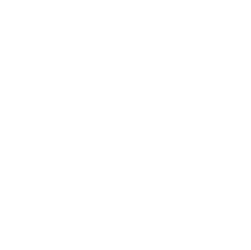 Triglav is the highest peak of the Julian Alps and Slovenia, it stands majestically in the centre of the National Park named after it. ‘He’ is the true ruler of near and far surroundings.

A silhouette of Slovenian sacred mountain and nation’s highest peak proudly stands on the national flag as a national coat of arms. Triglav not only has an appeal on its people, it truly is an international giant as people from all over the world pilgrimage to its kingdom. The first president of Slovenia, Milan Kučan, said it is a duty of every Slovene to climb Triglav at least once in their lifetime.

Triglav means three heads (tri glave). Although the mountain is compact, from south it shows 3 heads. On the left is Rjavec (2568m), in the middle is main summit, Triglav (2864m) and on the right is Mali Triglav (2725m, small Triglav). The 2864-metre-high limestone mountain Triglav has been a source of inspiration, devotion, countless stories and legends for Slovenes for more than a millennium.

The early Slavs may have believed the mountain was the home of a three-headed deity who ruled the sky, the earth and the underworld, but no one managed (or dared) to reach the summit until just two centuries ago.

Thanks to the initiative of Ziga Zois (1747-1819) Triglav was first climbed on August 26th 1778. The four brave men that climbed it were Luka Korošec, Matija Kos, Štefan Rožič and Lovrenc Willomitzer. They climbed from Bohinj lake, over Velo Polje (today Vodnikov Dom hut) to Ledine (today Planika hut) and further to Mali Triglav. Behind it the notorious ridge awaited them. They had to literally ride it because it was so narrow and had a few hundred meters drop on both sides. Triglav was one of the first important alpine peaks climbed at the time. 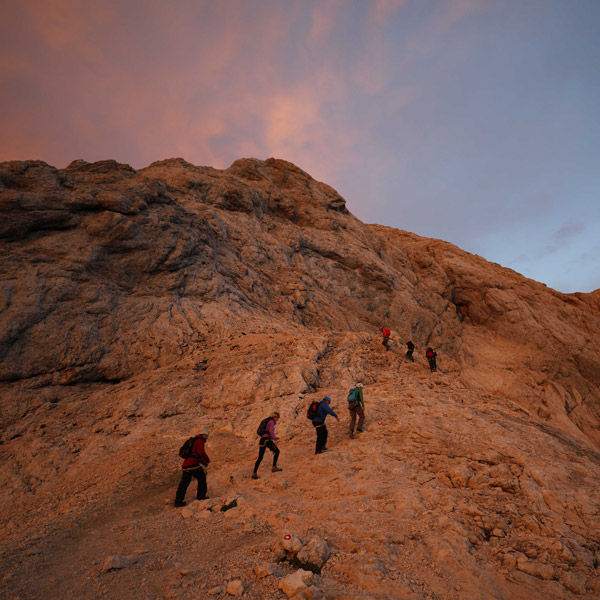 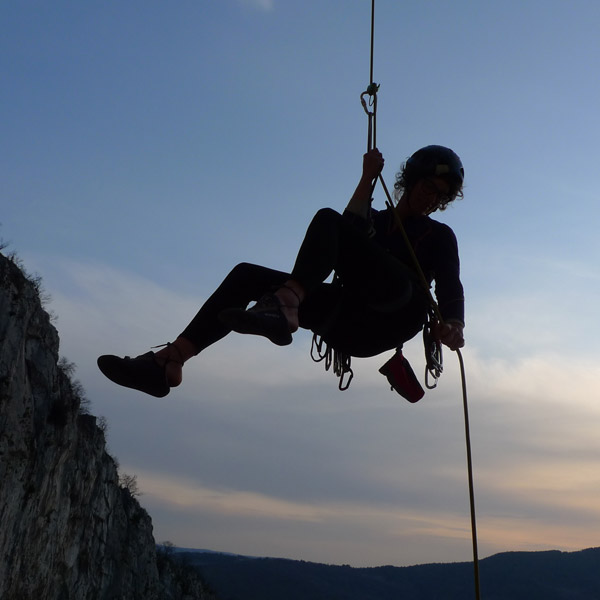 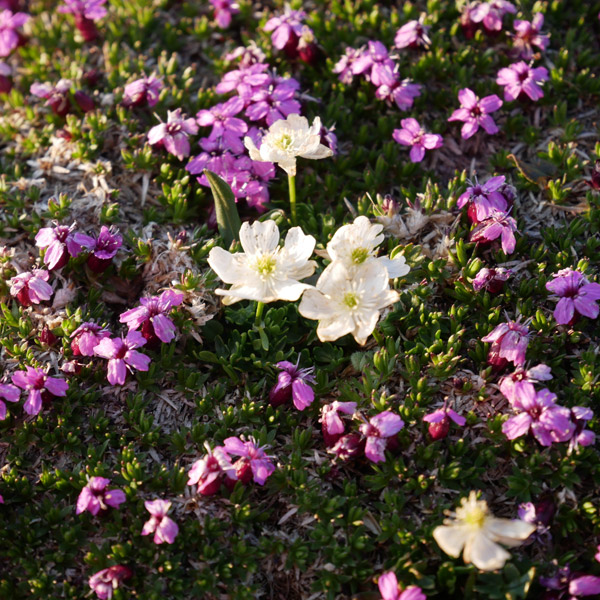 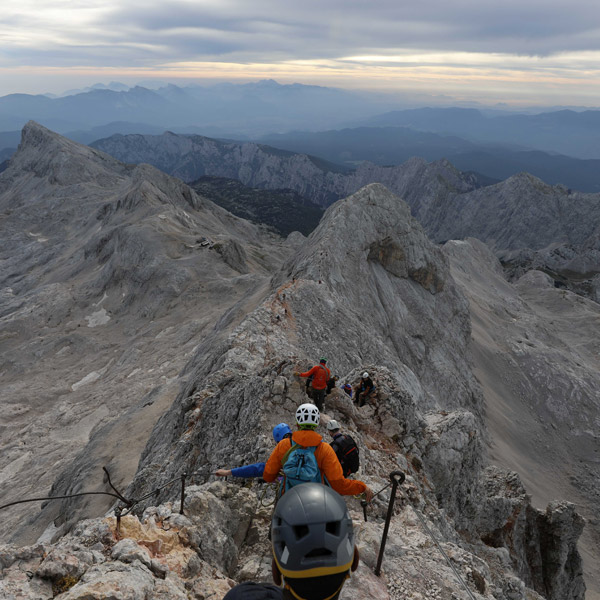 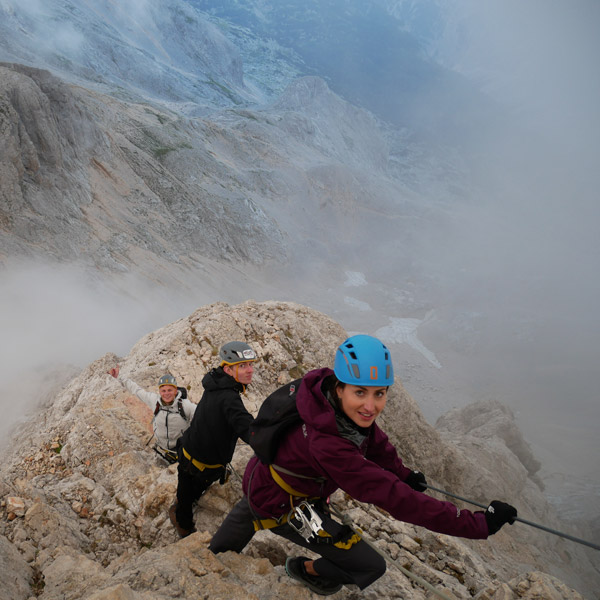 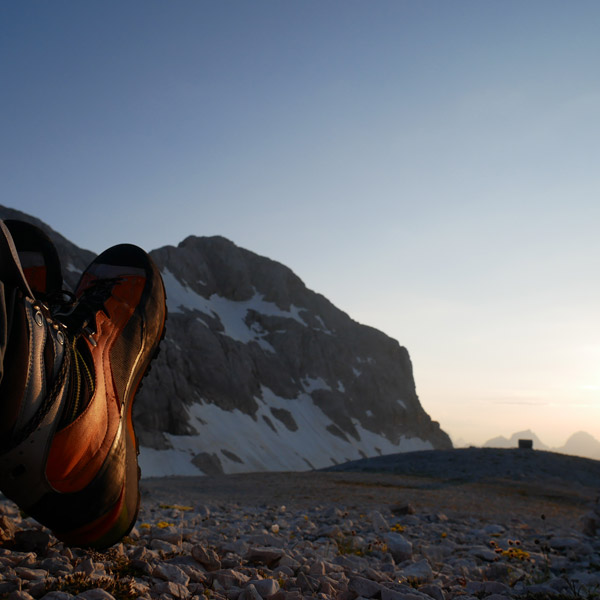 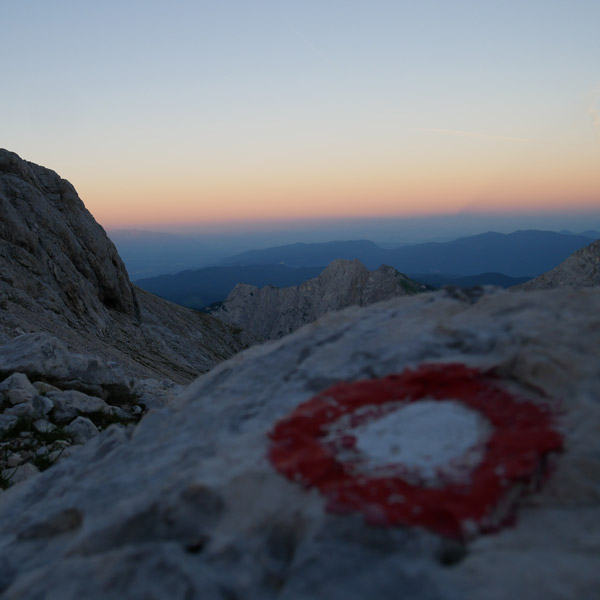 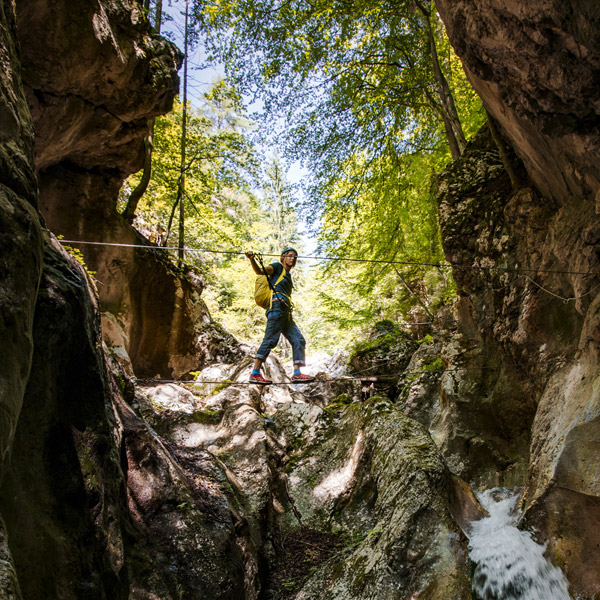 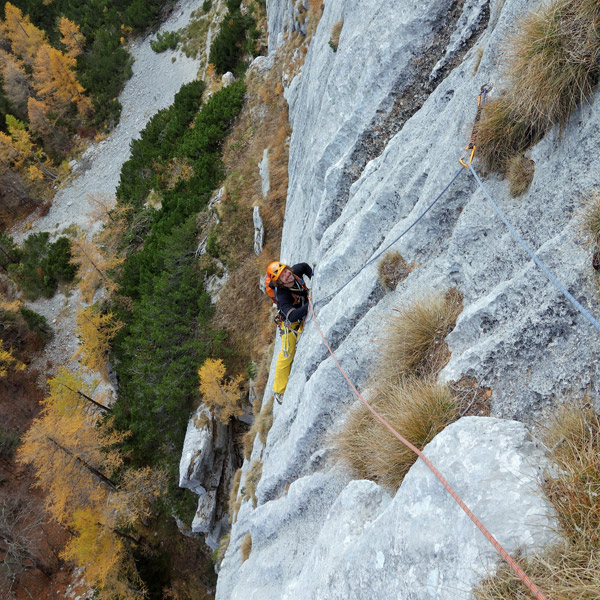 Guided climbs are suitable for all of you not afraid of heights and in very good physical condition. Depending on the difficulty of the climb they can be suitale for total beginners (Slovenian route), individuals with some climbing experience (Nemška route) and experienced climbers in good shape (Skalaška route and Čop pillar)

All prices include professional guiding and equipment rent (Helmet, harness and climbing shoes). Transfer from Bled, Bohinj and Kranjska Gora is organized free of charge.

Join a group and climb Mt.Triglav in 2 days

Climbing Mt.Triglav is always an amazing experience. The highest peak of former Yugoslavia is offering amazing views all the way to the Mediterranean sea, Julian Alps and Karavanke range, Austria, Italy and Croatia. The route is scenic and diverse, taking you from the glacier valley through the lush forests, mountain meadows to the kingdom of rocks. The route is a perfect combination of nice hiking trails and via ferrata climbing at the top. Tasting great local food and listening about the legends connected to this area will add this special something to the experience.

It is suitable for everyone who wishes to climb Mt.Triglav, meet new people and enjoy the beautiful Julian Alps. If you don’t feel like hiring a private guide, climbing on your own or just wish to save some money, you can join a small group for 2 days and climb Mt. Triglav in great company.

245€ per person
The price includes transfers from Bled, Kranjska Gora and Bohinj, IFMGA professional guide and technical equipment (via ferrata set, climbing harness and helmet) Half board at the hut costs around 40€ per person and is not included in the price.

One of the snowiest places in Europe - Heliski Albania

For the past few years, even more so than before, us skiers and snowboarders are forced to scout for snow, analyze the forecasts and weather patterns in order to catch great powder turns. With ever growing skiing community, finding a place away from the crowds or even more; the terrain that is Untouched and Unskied is becoming almost impossible. In our quest to find something wild, remote, isolated and with loads of good quality snow - we headed south, into the heart of the Balkans. After years of analyzing, exploring and preparing, together with Sebastian Fleiss, we found our new base for the winter.

We are happy to say we have finished another successful winter season. Our avalanche safety workshops for individuals and professionals had the most attendance in the past 10 years, we are proud of the fact that we are building a strong freeride and touring community in this part of Europe! We have set up safety protocols and avalanche safety procedures for a new Catski operation in Kosovo.

Legends of Triglav - The Goldenhorn

The mountains have been a source of inspiration, devotion, countless stories and legends for the people for more than a millennium. The Kingdom of Triglav is home to countless legends and Mythical beings and it is only right to start with the one every child in Slovenia knows about - The Legend of the Goldenhorn.

Via Ferrata courses - beginners to experts

“Iron road” makes climbing more accessible and takes you to amazing exposed places usually reserved just for mountain goats, climbers or alpinists. Variety of the routes and their difficulties makes this activity suitable for experienced mountaineers as well as families and beginners. True our courses you will learn how to use the equipment and safely enjoy climbing via ferrata routes on your own.

If you enjoy the heights, amazing views and exposed places this via ferrata is just for you! You will see picturesque Mojstrana village, the great upper Sava Dolinka valley and the full Karavanke range. During the summer a late afternoon evening climb in the shade is much better than the morning activity, but in the spring and the fall you can enjoy and keep warm on the sun during the whole day. Variety of the routes and their difficulties makes this activity suitable for experienced mountaineers as well as families and beginners. Wild Alpine flowers growing next to the path will bring smiles to your faces and make this experience even more unforgettable!